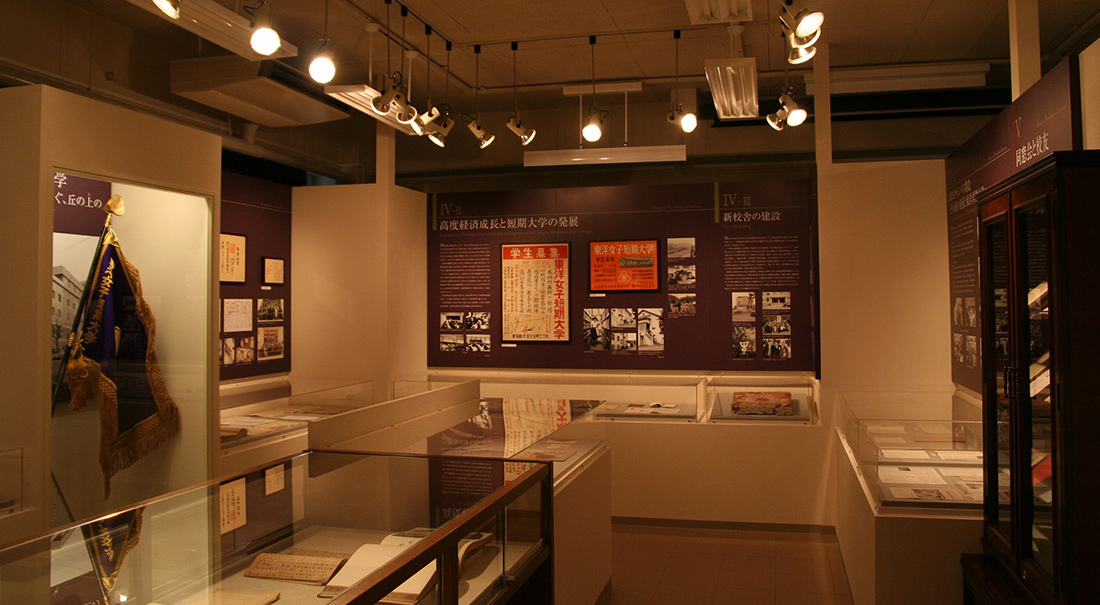 The Toyo Gakuen Archives was organized in 2006 to commemorate the 80th anniversary of foundation as well as the closing of Toyo Women’s College, and was opened to the public in 2008. Its main functions include research of Toyo Gakuen’s history, plus collecting, preserving, and exhibiting related materials.
The “Hankan Gakuryo” is a mountain villa in Tochigi Prefecture that was originally belonged to Togaku founders Renpei and Hisashi Uda. It is now used as a retreat space for seminars. It was named after a passage from the Chinese anthology “Shijing” (Book of Odes). Built in 1871 and enlarged in 1930, the villa has been maintained intact ever since.

A tablet calligraphy painted by Hisashi Uda. The script says, "Jikyo yamazu"(Never stop striving just as the celestial body never stops its movements). Taken from classic Chinese literature, this quote has remained the spiritual legacy of the school's foundation. 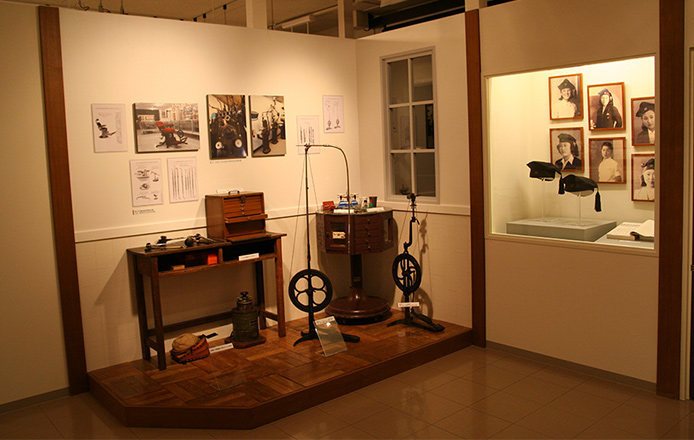 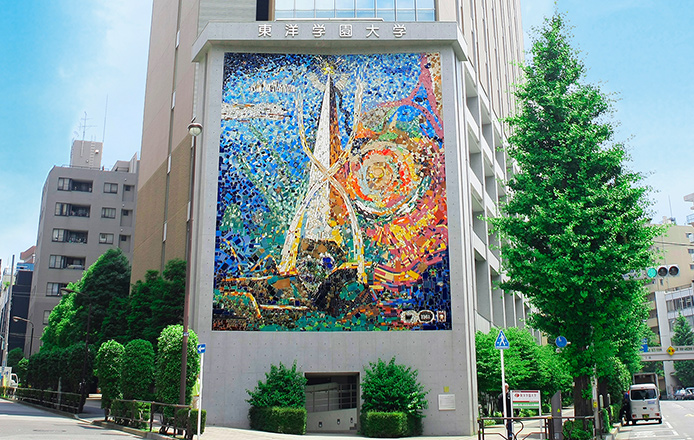 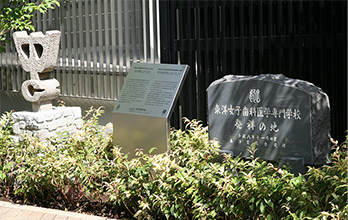 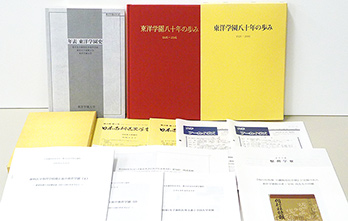 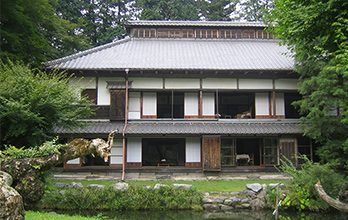